This tower is all that remains of the castle built around 1178 by Guglielmo IV Aleramico, marquis of Monferrato. After the thirteenth century, the tower was made taller by several meters. This new brick portion was then demolished in the last century. On the same occasion and in order to open Via Po, other structures of the ruined castle were dismantled. 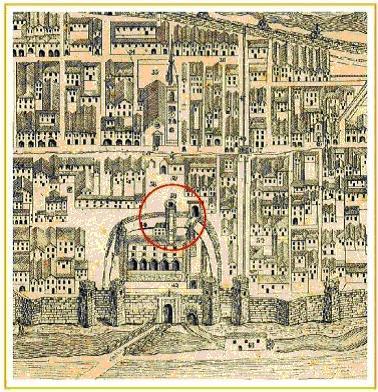 The tower today measures some twenty meters high and is covered by a recently installed roof. It is made of large stone blocks on the outside and bricks on the inside. The vault is octagonal. On the North and South sides, eight meters above the ground, there are two doors that were accessible with removable wooden staircases.

The level of the shelves on the internal walls indicates that the tower had probably three wooden floors.
The tower’s foundations are made of large rocks and stones, which guaranteed stability for many centuries.